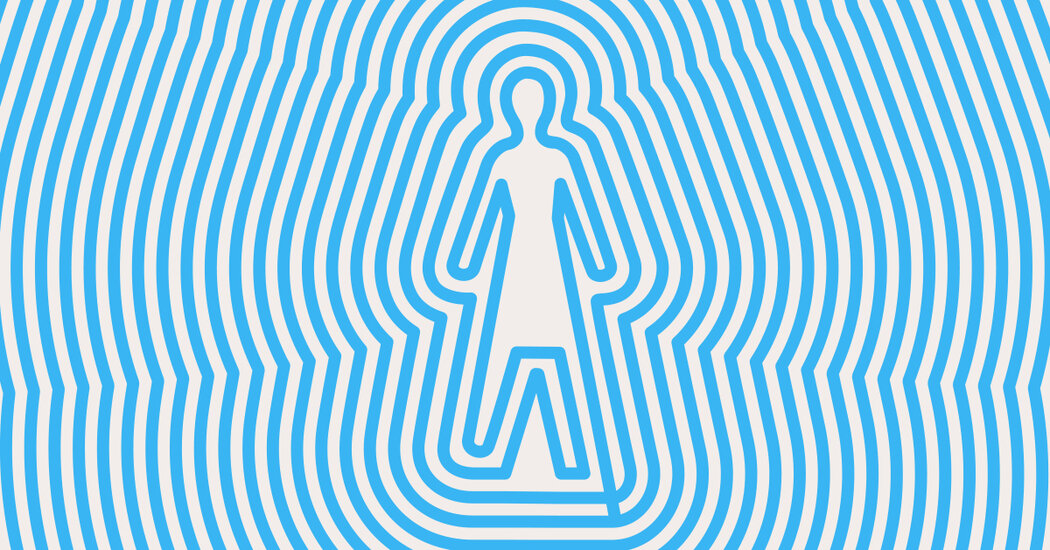 A compound known as alpha-ketoglutarate extends life span in female mice and health span in mice of both sexes. A trial is testing its effects on markers of aging in humans.

Obesity can take more than 10 years off life expectancy, and semaglutide, a drug that could soon be approved for weight loss, is about twice as effective as current medications.

Elamipretide, a drug that helps restore function to flagging mitochondria, the cells’ power plants, is awaiting F.D.A. approval as a treatment for a rare mitochondrial disease.

The Normalizing of Masks

Maintaining widespread mask-wearing practices could result in a long-lasting drop in influenza deaths, which numbered 12,000 to 61,000 annually in the United States in the decade before the pandemic.

Further decoding and analyzing the genomes of those who live to be 110 or older could provide useful insights into what accounts for their longevity.

A bill in Congress targets, in part, a disparity in which Black women in the United States are about three times as likely as white women to die during the period including pregnancy, childbirth and the first year postpartum.

A compound similar to MOTS-c — a micropeptide that boosts physical fitness, prevents obesity and increases healthy life span in mice — is in human trials and could be approved within four years.

New ways to mobilize the immune system against cancer and fresh combinations of existing treatments will bring the immunotherapy revolution to a wider variety of hard-to-treat cancers.

Shining a Light on Alzheimer’s

Devices that stimulate the brain using specific frequencies of light and sound might help treat Alzheimer’s disease and other causes of cognitive decline.

Vaccines that exploit mRNA technology, which found proof of concept with Covid-19, are in the pipeline for melanomas, colorectal cancer, prostate cancer, breast cancer and more.

Respiratory infections kill some 750,000 children under age 5 each year. The W.H.O. and UNICEF hope to reach their target of fewer than three deaths per 1,000 births through vaccination, breastfeeding, access to quality health care and reduced pollution.

Every Car a Breathalyzer

A bill in Congress that would put drunken-driver-detection technology, sometimes known as ignition interlocks, in all new cars sold in the United States could prevent some 10,000 deaths annually.

A third of the world is not yet protected by the kinds of tobacco-control measures that avert millions of deaths every year — and the U.N. wants to change that by 2030.

Clinical trials are currently using the gene-editing tool to treat blood disorders, cancer and an inherited form of blindness; a heart-disease intervention is being researched.

Deep-brain stimulation to reduce the urge to eat and to boost metabolism could be approved to treat a subset of obese people who don’t respond to other interventions.

Exercise in a Pill

Drugs that mimic some benefits of exercise are in development for conditions like acute kidney injury and Duchenne muscular dystrophy; someday they might help delay the effects of aging.

The Secret of Young Blood

Based on studies in mice, treatments that mimic the chemistry of young blood — by diluting plasma or regulating other factors — could extend healthy life, maybe by decades.

A Diabetes Drug to Treat Aging

Metformin already helps millions manage their Type 2 diabetes and alleviate risk from cancer, heart disease and even Covid-19. A clinical trial is testing whether it could lower mortality for all.

Hitting U.N. targets for the use of the therapy could help prevent diarrhea deaths in children under 5 — which currently number around 500,000 annually — by 2030.

A “functional cure” for H.I.V., suppressing the virus without the need for continuing treatment, could be F.D.A.-approved within 10 years.

Higher levels of education correlate with longer life spans. By 2030, the U.N. aims to ensure that all children worldwide complete primary and secondary school.

Personalized medications and diets could optimize the populations of microbes in our gut, which change as we age and are linked with nearly every system in the body.

The C.D.C. is helping efforts to boost to 80 percent the proportion of eligible Americans who are screened for colorectal cancer through at-home stool tests and other tools by 2030.

The U.N.’s goal to end childhood malnutrition by 2030 could save the lives of more than two million children younger than 5 per year.

Gene therapies may allow us to tweak genes or regulate their expression to prevent or treat common types of cancer, autoimmune diseases, diabetes and neurological conditions.

A study in The Lancet Global Health found that substantially broadening the services midwives can provide in developing countries could avert 41 percent of maternal deaths, 39 percent of neonatal deaths and 26 percent of stillbirths.

Researchers are exploring multiple approaches to a drug that could prevent or sharply slow the progression of Alzheimer’s, which killed more than 120,000 Americans in 2019.

Drug cocktails in development could slow or reverse epigenetic clocks, which are molecular changes to DNA that influence what genes become expressed as you age.

The only malaria vaccine available today requires four shots to achieve at best 40 percent protection; new jabs in clinical trials, and mRNA vaccines further down the road, could do much better.

Bladders cultivated in labs already reside in humans. Once researchers figure out how to recreate the complex system of blood vessels in other organs — like kidneys, livers and hearts — many more could follow.

A new class of drugs might be able to kill or neutralize “senescent” cells, which emit molecules that hasten inflammation and other hallmarks of cellular decline.

An Antifungal Drug Against Aging

Rapamycin, an antifungal first approved to prevent organ rejection, has stretched the lives of mice by more than a third. A trial is testing its effects in 350 dogs; human trials are being scheduled.

African-Americans are historically underrepresented in clinical trials. Fixing that disparity, alongside other health initiatives, could help narrow the life-expectancy gap between white and Black Americans (78 years vs. 72 years).

Worldwide implementation of self-driving cars could reduce deaths from car accidents by an estimated 585,000 lives over a 10-year period.

Widespread transition to electric vehicles in the United States could improve air quality enough to save 6,300 lives annually by 2050.

Powering Down Fossil-Fuel Use

Researchers estimate that addressing air pollution by eliminating fossil-fuel emissions and instead relying on wind, solar, nuclear and other low-emission energy sources, could raise life expectancy by 1.1 years.

Better ways to kill mosquitoes and mosquito larvae, more access to rapid tests and new artemisinin treatment therapies could end malaria — and the 400,000 deaths it causes each year — within decades.

Even if the U.N.’s goal of ending extreme poverty by 2030 is increasingly unlikely, ongoing economic growth — combined with stronger global tax laws — would help to extend life spans.

Rise of the Nanobots

One day, nano-scale robots inside our bodies could construct sensors and other devices that would help dissolve blood clots, fight cancer and deliver precisely targeted drugs.

A Clinic in Your Home

Advanced robotics and A.I. enable the ultimate personalized medical station: After morning saliva and urine checks, a home medical appliance designs and prints medicine to optimize your metabolism and microbiome for that day.

Contraception Is Free To Women, Except When It’s Not

Living With Your Older Parents: What to Know