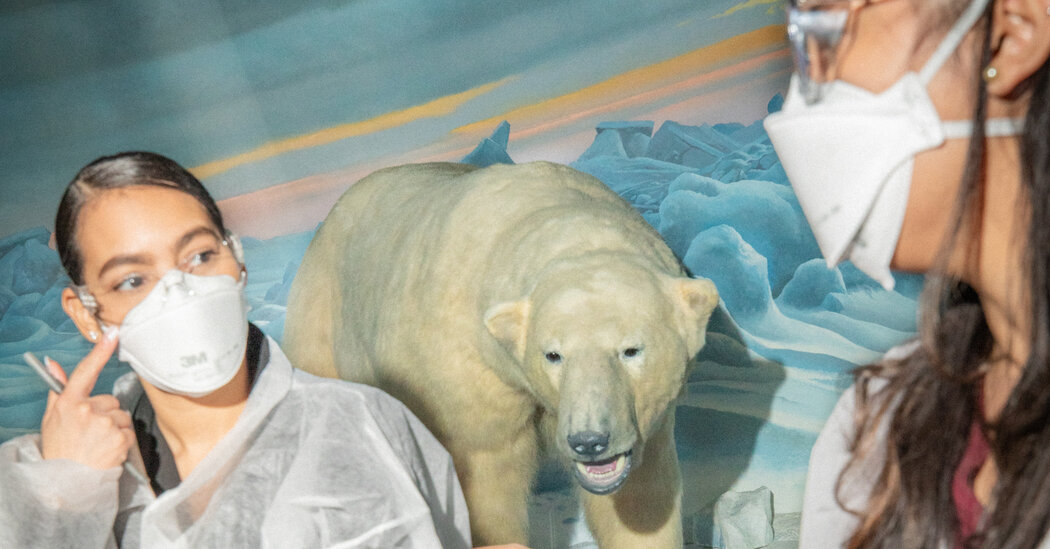 A little over a year ago, streets emptied and businesses shuttered. The emptying was an act of mutual self-preservation on a planetary scale. Images of vacated parks and squares, sports stadiums and theaters, museums and malls captured the sudden terror of the pandemic.

But they captured something else, too: hope.

Otherworldly and deeply alarming, the sight of the Place de la Concorde and Times Square minus people also represented humanity’s best stab at combating a crisis at a time when we knew little about the virus and vaccines seemed years off at best. This effort required going our separate ways. Briefly, we came together to face down calamity by doing, in essence, the reverse: abandoning shared spaces which, when we actively occupy them, are ordinarily a signal that society is working.

These places are mirrors. We build them. They measure us. Now, a year after we left these parking lots, strip malls, sports arenas and other sites in the United States, scores of them have been requisitioned as temporary vaccine centers.

A defunct Circuit City in Dartmouth, Mass., has been reborn.

A theater in Philadelphia, dark for months because of the pandemic, is drawing crowds daily — for vaccines.

Photographs of these places look no less surreal than last year’s pictures of empty squares. Their message is similar, too: that, like all crises, the pandemic is an opportunity. In the before times, attempting, say, to eliminate a single curbside parking space in New York City provoked endless government hearings and costly legal battles. Then Covid-19 arrived. Restaurants closed. Residents sequestered in cramped apartments. The demand for outdoor dining and for more places where people could get some fresh air became urgent and obvious.

In response, City Hall erased roughly 12,000 parking spaces and pedestrianized miles of streets overnight. Hundreds of businesses were given a lifeline. Sidewalks in Flushing and Red Hook suddenly conjured up scenes in Paris and Rome. Although officials have been noticeably less adept at maintaining the open streets, the initial act of reconfiguration was proof that change can happen — that we can reboot, nimbly, at scale, if we have the will and a little imagination.

Where to start? A racetrack in Queens can be used to help thousands escape the virus with a vaccine.

The Natural History Museum in Manhattan can use its popular life-size blue whale model to entice vaccine recipients.

Can we think bigger? How about transforming some of those older office towers mothballed during the pandemic into much-needed mixed-income housing? Now is the time to finally fix our decrepit public transit hubs, open more bridges to cyclists and pedestrians, and create more parks and plazas, especially in underserved neighborhoods, because these features proved indispensable to New Yorkers’ physical and mental health.

Who would have imagined a year ago that at this point, billions around the world would be clamoring for vaccines while the United States grappled with holdouts? The obstacles to progress can still seem insurmountable — which is why these photos are also instructive. They tell a different story.

We’ve come together before, they remind us. We can think differently.

A dead mall can be a lifesaver.