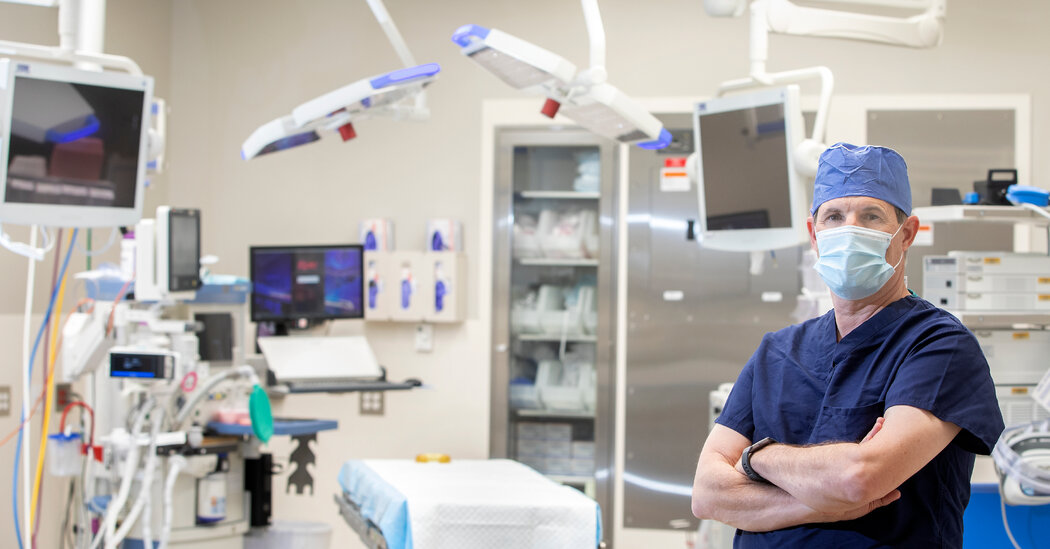 Of all the imaging equipment, the only one generally unsuitable for the operating room is that needed for magnetic resonance imaging — commonly known as an M.R.I. — because of its size. As a result, Ms. Saba said, some hospitals essentially are stationing them adjacent to an operating room in case an M.R.I. is needed. A separate space has an added efficiency benefit, because the equipment can be used for nonsurgical patients as well.

Ceilings are not overlooked. Freeing up valuable floor space, monitors are often affixed to ceiling-mounted booms, which can have several arms and may also serve as a conduit for gases needed for anesthesia. Ultraviolet cleaning systems, which eliminate bacteria and viruses, can be anchored in the ceilings, to assist with disinfection. And the space above the ceiling is often larger to house a range of cables and other electronic equipment, in addition to ductwork with sophisticated air filtration systems.

Access to the space above the ceiling, as well as behind the walls, has become important, so that any technical problems can be investigated and remedied within hours, rather than shutting a room down for lengthy repairs. Some hospitals, for example, are now considering stainless steel prefabricated wall systems for their surgical suites because they are both easier to clean and easier to take out if the electronics hidden behind break, Ms. Saba said.

Other important factors are lighting and noise. When it comes to increasingly common laparoscopic surgery, monitors that guide surgeons are lit but overhead lights may be turned off to reduce glare, Dr. Hawn said.

That “can be somewhat dangerous because it can be quite dark and people run into things or trip over things,” she added. “We now have green lighting, which allows us to be able to see a sharp image on the monitors without the glare that you get from the white light.”

Noise is distracting at best, but it may also cause physical repercussions, like hypertension, especially for staff exposed for long periods. High decibel levels are “associated with increased difficulty in communication, which is the largest source of preventable errors in the hospital environment,” John Medina, an affiliate associate professor at the University of Washington department of bioengineering, said in an email.

More Than 100,000 People Are In The Hospital For COVID. Some States May Ration Care