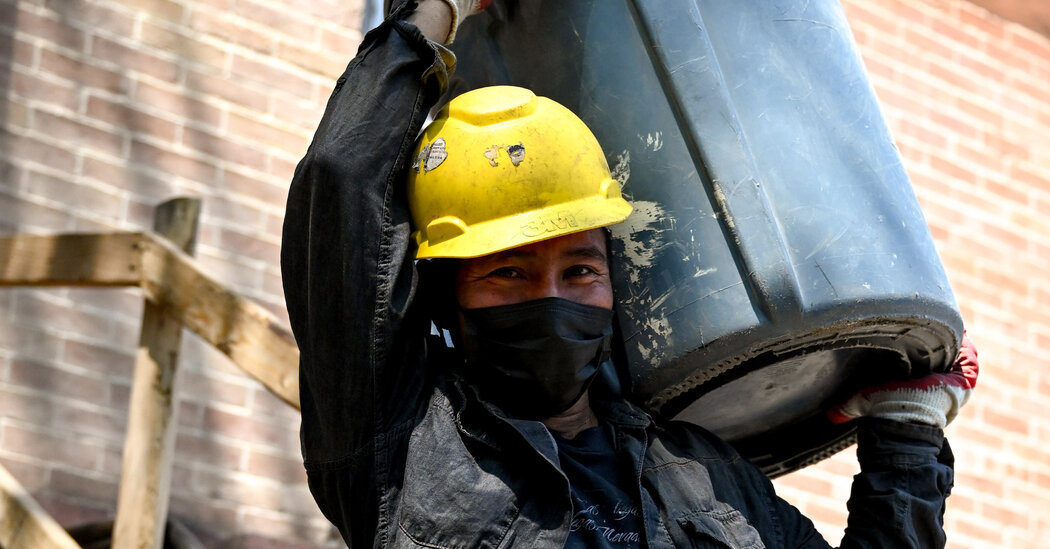 So, for the new study, which was published in April in The Lancet Public Health, researchers at the Norwegian School of Sport Sciences in Oslo, and other institutions, decided to delve as deeply and broadly as possible into lifestyle, as well as workplace labor, and life spans.

They began by turning to data already gathered by Norwegian health agencies, which, as part of ongoing studies, have been measuring the health of hundreds of thousands of Norwegians for decades. That data included detailed information about their work and exercise histories, education, income and other aspects of their lives.

The researchers now pulled records for 437,378 of the participants in these studies and categorized them by job types. Some, like clerks or inspectors, did some walking and lifting at work; others performed heavy manual labor; and the rest more or less sat at their desks all day. The researchers then crosschecked people’s records against decades’ worth of databases tracking diseases and deaths in Norway.

On a first pass, their results bolstered the idea that active jobs shorten lives. Over the course of about 30 years, men in sedentary jobs outlived those who often walked or otherwise exerted themselves at work. (As before, there were no significant links between women’s professions and their longevity.)

But when the scientists scrupulously controlled for everyone’s education, income, smoking, exercise habits and weight, the associations flipped. In this fuller analysis, men who were active at work developed heart disease and cancer at lower rates than deskbound men. Whether they tended to walk a fair amount for work or perform other, more-strenuous labor, the active men lived, on average, about a year longer.

In essence, the study shows that “every movement counts, regardless of whether you are active at work or during leisure,” says Ulf Ekelund, a professor at the Norwegian School of Sport Sciences, who oversaw the new study. Conversely, the results also remind us, he says, that sitting, even at comfortable desks or on cushy couches, is unhealthy.

What this study does not tell us is which aspects of our lives, away from work, might most affect our health and longevity, or why women’s life spans seem generally unaffected by worktime exertions. Dr. Ekelund and his colleagues hope to look into some of those issues in future research. But, for now, he says, assume “that all physical activity is beneficial, regardless of whether it’s performed during leisure, at work, at home or during transportation.”

Judge: Hospital Doesn’t Have to Give Patient Ivermectin